Yak Attack is the highest mountain bike race on earth, reaching a height of 5416m above sea level. Read the fourth interview to five toughest MTB races in the World.

Recently, the Mountain Biking UK magazine selected the five hardest MTB races in the world. Yak Attack(YA) is one of the top five.

What makes YA one of the hardest MTB races in the world?
The obvious draw card here is that Yak Attack is the highest mountain bike race on earth, reaching a height of 5416m above sea level. At this height oxygen levels are approximately on 50% of that at sea level which makes even walking hard work, never mind riding a bike! There are also other factors that make this race so tough.
Temperatures during the first 4 days can be in the 30’s (centigrade) but when crossing the Thorong La pass, it could be as low as -15c so competitors have to be prepared for extreme temperature fluctuations.
The remoteness can also be a big mental factor. Once the race heads into the mountains, riders can be days away from the closest road, major amenities etc, with no communication with the outside world and in the event of an accident, helicopter evacuation is the only real option.
The terrain also varies so much during the course of the race, one day they can be riding on sand, the next mud, the next snow, the next rock and so on, its a real test of the bikers skills and mental toughness.

What do you think makes YA different from other events?
The major difference, I think, is that ALL profits made from the race are used to benefit the local (Nepali) riders, providing race entry fees, equipment, training advice, etc. The events ideology has captured the general public’s hearts, and now many contribute each year in order for as many local riders to enter as possible, which is most generous.

How many bikers attended the YA last year and how many were women?
Due to the logistics and infrastructure in the mountains, Yak Attack has to keep entry numbers very restricted. Last year there were around 30 riders with no female entries. For the 2012 race, there are around 40 riders (maximum capacity) with 3 of these being female, and we are hoping to attract even more female riders in the coming years.

What kind of bikers usually go on the YA?
In previous years the race has attracted an eclectic mix of adventure racers and riders wanting to challenge themselves and take in the magnificent scenery of some of the highest mountains on earth. The local riders are always ultra competitive and have won every race since 2007, with only 2 stage wins ever being taken by international riders. The scene is slightly different for 2012, with 2 pro riders from the USA and a more competitive international field, the local riders may not have it all their own way.

What percentage of the participants finish?
Practically 100% of Nepali riders finish the race. The major obstacle for international riders is the crossing of the Thorong La pass when they have to carry their bikes for between 3 -8 hours up to 5416m. Many decide beforehand (after experiencing the effects of high altitude) that they are not capable of completing this stage and opt to have their bikes carried over the pass, whilst others find the going so hard during the stage that we have to take their bikes from them until the downhill begins. This has happened to around 50% of riders so far and although they will have ridden 95% of the course they cannot be accredited with actually completing the Yak Attack.

How did the YA originate?
After taking part in the Everest Marathon in 2003, we saw the potential for a similar mountain bike race. Mountain biking was then still very much in its infancy in Nepal, but after many conversations with Mr Chhimi Gurung, President of the Nepal Cycling Association, we came up with the idea of Yak Attack. We never set out to devise the highest mountain bike race, it was just that the course we decided on happened to involve crossing a very high mountain pass!!

How has the YA evolved through the years?
We have been working continually since its conception in 2007 to improve and fine tune Yak Attack. Originally the race was a 7 day stage race of just 200km, but during the last 2 years we have discovered some fantastic new trails, linking Kathmandu to the original starting point and have now added an extra 4 days and 200km of riding to the course. We listen to riders input each year and try to implement changes that will ensure that everybody goes away from Yak Attack smiling and with long lasting happy memories.

How many people are involved in the organization?
ExtremeWorldChallenges is a small family run organisation, but in the build up and during the actual race, there will be in excess of 40 people directly supporting the event and working behind the scenes. From the army of porters carrying the riders luggage, to the office staff on location in Kathmandu making sure everything is running smoothly, to crew in the UK updating race reports on the website etc, without all these “cogs” a race like Yak Attack wouldn’t be possible.

Where do the funds come from to finance the event and what percentage comes in from (sponsors, fee participants, hosting city, etc)?
We are very lucky to have so many kind hearted sponsors that are slowly allowing Yak Attack to make a difference to the Nepali mountain bike scene. Our long term plan is to work towards having a Nepali mountain bike team attain a place in the 2016 Olympics. We have individuals supporting local riders, companies sponsoring stages and providing title sponsorship. The Nepal Tourist Board always supports us immensely and other Nepali organisations assist us with waiving permit fees etc, which all goes along way to making things work. The race entry fees will cover race expenses/ logistics etc, while the generosity of individual and company sponsors allow us to help the local riders.

Finally, what would you say to a biker to convince him to choose the YA over other MTB races?
I wouldn’t want to “convince” anybody to take on any event. There are so many great races out there and they all need the numbers to keep going and to keep mountain biking growing. My advice would be to decide what you want from a race, research, train and then just do it. Whether it’s our event or not, as long as you’re out riding, its all good! 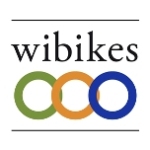